Management Development Institute of Singapore in Tashkent was established in 2007 by Uzbekistan Banking Association (UBA) and the Management Development Institute of Singapore (MDIS). Its permanent partners providing educational programmes - the Bangor University (UK) and Sunderland University (UK) are known as leading British universities placed in the Top 1000 World University Rankings. In addition, in the 2020 MDIS Tashkent signed a partnership agreement with a new UK partner - Teesside University.

It is important to emphasize the special role of MDIS Tashkent Governing Council, the UBA in particular, which made a fundamental contribution to the establishment and development of the Institute by assembling a team of experts from different areas of management and science and providing support at all stages of its evolution.

MDIS Tashkent became the first overseas campus of MDIS (Republic of Singapore). The path to its creation began in early 2007, when the first President of the Republic of Uzbekistan made a state visit to Singapore at the invitation of the first President of the Republic of Singapore, His Excellency S.R. Nathan. During the visit, the parties discussed the expansion of Uzbek-Singaporean cooperation and other international issues of mutual interest. The high quality of education and training in Singapore was highlighted in particular.

In May 2007, the UBA invited MDIS top management to participate in the Regional Conference on Banking Retail. After an official visit in 2007, the UBA and MDIS has agreed to train UBA employees in Singapore. As a result, the UBA delegation visited the institute to discuss the options. Later, it was proposed to launch undergraduate study programs in Uzbekistan, followed by training and graduation in Singapore. Finally, the parties decided to focus on the establishment and development of training programs directly in the Republic of Uzbekistan.

Thus, MDIS Tashkent was established in accordance with the Decree of the President of the Republic of Uzbekistan No. PP-691 dated by 05.09.2007 with the aim to train both undergraduate and postgraduate specialists in accordance with generally recognized international tertiary education quality standards, as well as the goals and objectives of the National vocational training programme. The UBA agreed to allocate grants for over a half of MDIS Tashkent students, in addition to long-term benefits provided by the government of the Republic of Uzbekistan. The first intake was enrolled in 2008, with a total number of 225 students.

Special attention is given to creating an appropriate atmosphere for students, with the expectation that MDIS Tashkent will become an institution where the new generation will be nurtured in accordance with national and universal values. MDIS Tashkent campus is constructed and furnished in accordance with international standards and is placed on more than 5.7 hectares of land. Numerous modern classrooms and lecture halls, computer laboratories, a hospitality and tourism training center are provided at the disposal of students. In addition, a sports center, which includes a tennis court, a football field, indoor basketball and volleyball courts is located on campus. The state of the art gym and indoor pool are particularly noteworthy. In addition, MDIS Tashkent is able to provide foreign students as well as those from the regions of Uzbekistan with a comfortable on campus accommodation.

In a relatively short period of time, the Institute has made a significant breakthrough, introducing a number of such innovations as: an online document management system; an increase in the number of directions and training programmes; inception of the first foreign MBA programme in Uzbekistan. Thus, in 2021, the total number of educational programs provided by MDIS Tashkent amounts to 15 undergraduate and 5 postgraduate programmes, with a total number of students exceeding 5100.

It should be noted that over the past twelve years, the team of the Institute has done a huge amount of work to introduce international educational standards, increase the number of educational fields and expand partnerships with employers, which is exemplified by a high student and alumni employability (up to 93% within the first 6 months after graduation) and consistently high demand for MDIS Tashkent graduates at the labour market.

Likewise, from 2016 to the present day, MDIS Tashkent is regularly undergoing quality certification according to the ISO 9001:2015 international standard. The scope includes the provision of educational services in the field of higher education. MDIS Tashkent became the first international university in Uzbekistan, awarded with a certificate of conformity to the quality management system in accordance with the requirements of the international ISO standard.

Owing to the ongoing support of the UBA and favorable conditions provided for undertakings in the field of education and research, the following joint projects can be delineated:

Vocational training courses for the commercial banks of the Republic of Uzbekistan are being conducted since 2011. At the moment, 60 courses have been covered and more than 800 trainees have been jointly certified in such programmes as: "International accounting standards and IFRS", "International standards in banking".

In addition, with the active support of the UBA, since August 2020, the Institute has been conducting online courses on IFRS, taxation, finance and other relevant areas.

Furthermore, in accordance with the UBA management proposal, MDIS Tashkent developed a list of problems and topical areas in the sector of Banking and Finance, for conducting applied student research at both undergraduate and postgraduate levels.

A great deal of attention is paid to joint activities for the construction of new educational facilities. In order to accommodate ever increasing number of students and faculties, in 2018 MDIS Tashkent and the UBA launched the construction of a new four-storey building, which will be put into operation in late 2020. Also, it is planned to expand on campus hostel and sports facilities.

A special emphasis deserves the introduction of innovative technologies for the use of alternative energy sources - a solar photovoltaic station located on the roof of the new educational building, the main purpose of which is to provide electricity to the entire MDIS Tashkent campus.

Also, at the initiative of the UBA top management, starting from 2021, MDIS Tashkent will introduce a system for encouraging academically successful and gifted students.

MDIS Tashkent is a young and ambitious institution that craves for further development of its infrastructure and academic environment by investing in a better quality equipment and introducing the latest technologies. In the year to come, four new educational laboratories will be launched in its premises: the Financial Center, the Business Incubator, the Fashion and Design Laboratory, as well as a unique project implemented jointly with MDIS (Republic of Singapore) and the Association of Jewelers of Uzbekistan - the International School of Jewelry Design and Management (JMDIS). In addition, MDIS Tashkent considers the possibility of exploring such new areas of education as social sciences, engineering and healthcare services. 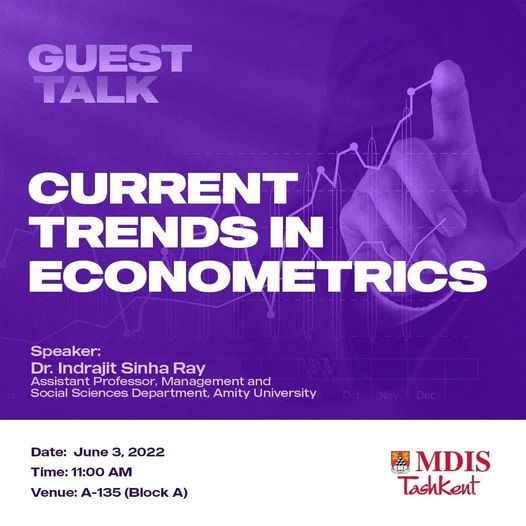 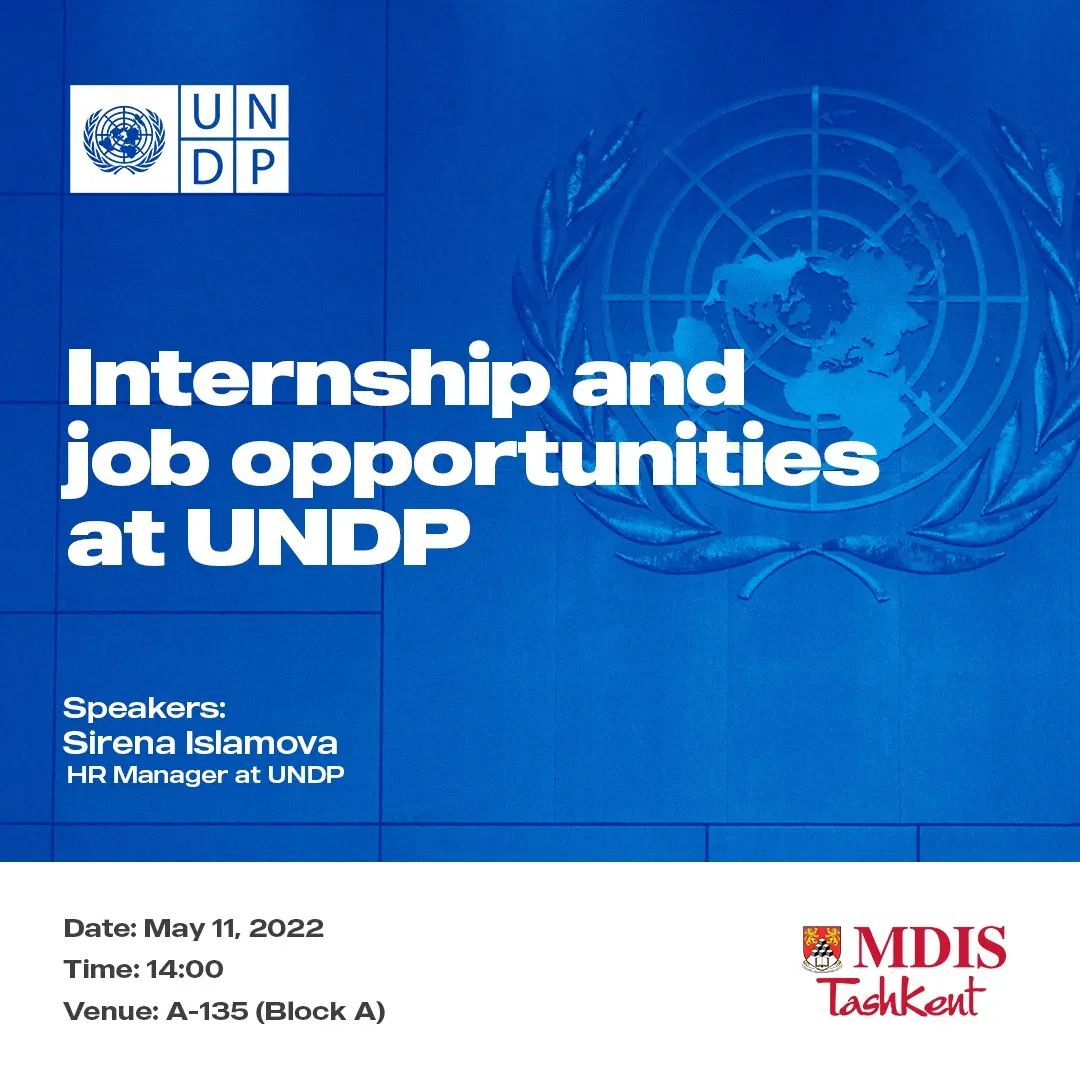 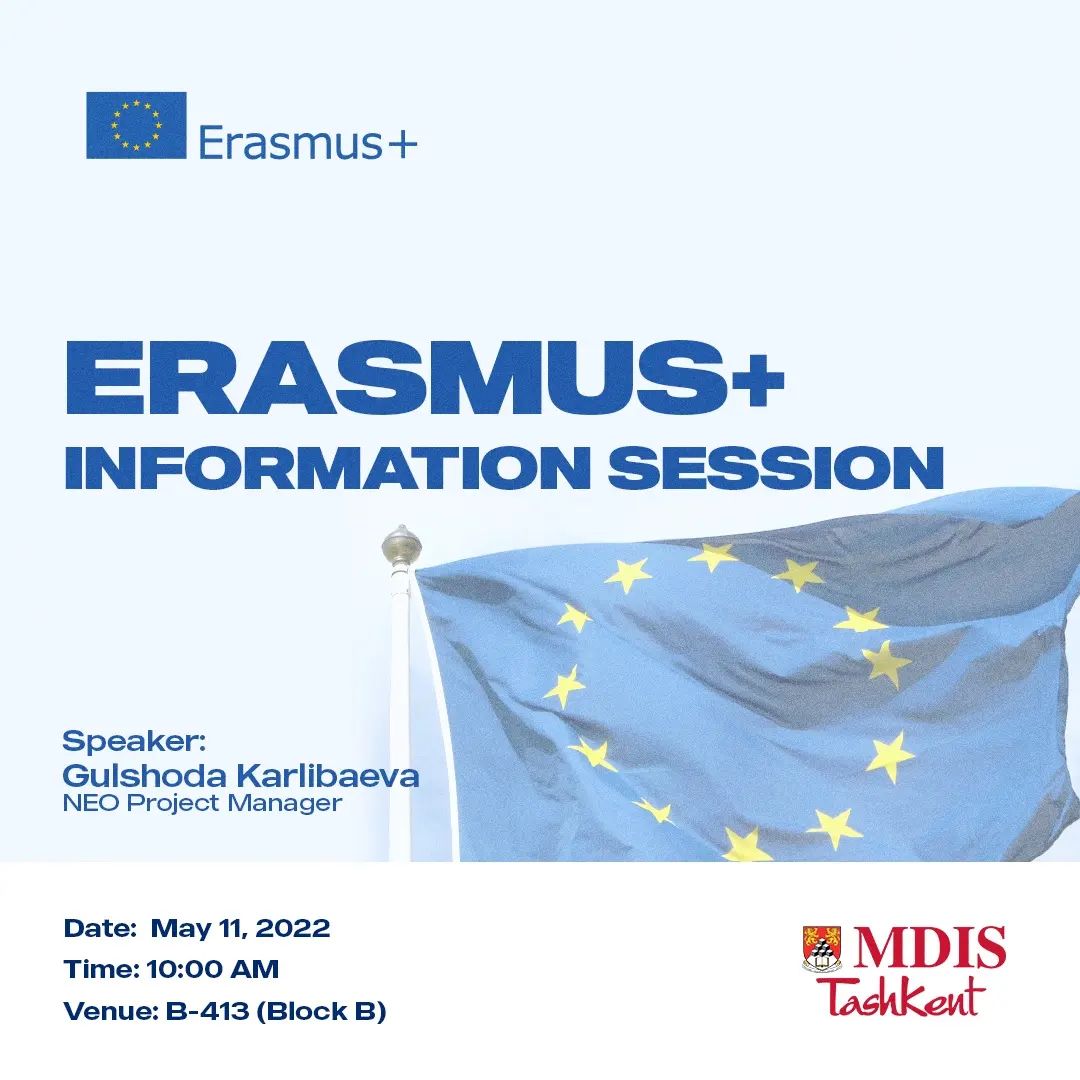